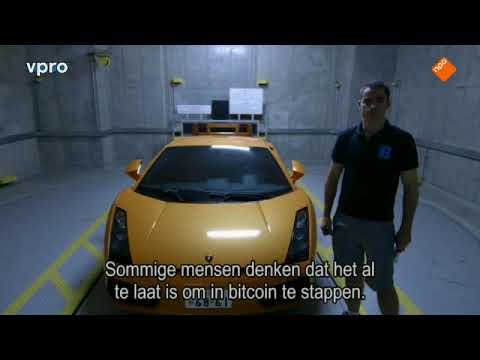 Love movies, Bitcoin, and learning new things? If so, then you’re in for an absolute treat! Chosen by our experts, listed below are some of the best documentaries on the subject of Bitcoin. Some of these films are aimed at the general audience, while others target crypto enthusiasts. So whether you’re a complete Bitcoin novice or a cryptocurrency expert, you’re bound to find something you’ll enjoy on our list!


Bitcoin: Beyond the Bubble

Directed by: Tim Delmastro Year of release: 2018
The most recently-released film on our list, Bitcoin: Beyond the Bubble is also the one our experts recommend you watch first if you’re just learning about Bitcoin. Aimed primarily at the general public, Delmastro’s film does a remarkable job at introducing its viewers to Bitcoin in an understandable, entertaining, and easy to follow way.
The movie starts off by talking about the various payment methods humanity used throughout its history. Going on from there, the film introduced Bitcoin, explains what makes it a good medium of exchange, and addresses the most common criticisms aimed at the technology.

Made by: VPRO Year of release: 2015
Produced by Dutch television broadcaster VPRO, The Bitcoin Gospel is one of the most well-known documentaries about Bitcoin and somewhat of a cult classic. Having been one of the first major documentaries to explain Bitcoin to the general public, the film introduced hundreds of thousands of new people to cryptocurrencies. Fun and entertaining, The Bitcoin Gospel is still a good watch today, despite being somewhat out of date.

Directed by: Christopher Cannucciari Year of release: 2016
Focusing on the ideological battle between Bitcoin and the traditional financial structures it was built to displace, Banking on Bitcoin follows a group of key players in Bitcoin and their dreams of creating a decentralized financial system. Filmed in 2016, when cryptocurrencies were only starting to gain mainstream attention, Cannucciari’s film shows the very real struggles, setbacks, and adversities the Bitcoin community had to overcome to make cryptocurrency mainstream.

Directed by: Tomer Kantor Year of release: 2015
If you are a seasoned cryptocurrency enthusiast, then this film will be right up your alley. A strong favorite with our experts, Tomer Kantor’s Ulterior States is a documentary that focuses on the fundamental ideological principles behind the Bitcoin revolution. Clocking in at 52 minutes, the movie is very dense with information and juggles several complex subjects without ever resorting to simplification. Strongly recommended by our experts, this film will be best enjoyed by seasoned cryptocurrency enthusiasts.
____
https://wunderbit.co/blog/4-amazing-bitcoin-documentaries-you-absolutely-need-to-watch

PHOTOS: https://imgur.com/a/hnyx2
For sale is my personal Lenovo T530. I purchased it in good condition and slotted a lot of upgrades in 2016 with the intent of making it my main video editing and portable desktop replacement for my new job that I was supposed to take up.
The screen was upgraded to 1080P by transplanting a W510 Screen. Looks great with no pressure marks as far as I could see, a few dings but not really visible when the screen is operating.
Then I switched the disc drive with a Blu-ray Reader (DVD Burner) "because I wanted to play Blu-ray movies" but then Netflix happened so that wasn't used.
 Anyway, long story short: New Job did not happen and it just sat in it's docking station acting like a desktop. Some Youtube, the occasional Minecraft and Factorio and reading Reddit and blogs is all it ever did. Never even left the house.
Selling because I just picked up an actual desktop PC, I also want this gone as well as some bad memories attached to the laptop because I am still salty about not getting that awesome job I got the laptop for.
Laptop has surface scratches (especially the top, typical for Thinkpads) and a small dent near the docking station port. Edges have worn paint but that's pretty typical of these thinkpads.
NOTICE: Computrace and Intel AT are permanently disabled because they have security issues that I'd rather not deal with. Laptop does not have Intel vPRO as far as I know.
Oddities: Some speakers may cause popping sound when connected to the docking station, I noticed my Logitech Speakers pop but my Cyberpower Speakers and headphones don't. Weird. I am including a USB Sound Card that I used to work around that. The headphone port on the laptop works OK with all speakers though, so it's just that docking station.
 SPEC SHEET:
 If you want could also strip some upgrades, such as the DDR3, CPU, Disks and the RAM if you want a lower price. Obviously you would have to supply tested, working parts of your own to complete the unit, making sure it's all compatible.
Asking for a fair price ($500, negotiable) plus shipping. No reasonable offer refused! Paypal accepted, or Paypal with Bitcoin mixed payment, or Local Cash is good too.
Local Cash meetup option in the City of Toronto area.
 Trade with confidence! I have three trades here in this subreddit (before the bot bugged out) as well as other transactions in Raspberry Pi-related areas.

The Bitcoin Cash network experienced a vpro tegenlicht bitcoin hard fork on November 15, 2018, leading to the emergence of Bitcoin brad miller nba earnings Cash SV (BSV). 100 Dollar Photo. Waar in Utrecht zou een geothermische bron kunnen worden gemaakt? Bitcoin (BTC) - is a cryptocurrency, a form of electronic cash. Bitcoin News. Home; News. News. Tron (TRX) Rallies 15% And Showing Early Signs of A Strong… News. Day in the life of a Crypto Cowboy. : Bitcoin. News. A Call to Arms: Growing Crypto to 1B Users by… News. Is Chainlink Poised for a Sell Off After Reaching New ATH? News. BitMEX to Mandate ID Verification for All Traders as Maverick Exchange… Blockchain. Blockchain ... ‘Bitcoin Jesus’ Roger Ver invested massively in bitcoins when they were still worth less than a dollar, and in 2013 he saw the bitcoin exchange rate reaching as much as 1000 dollars. He sees the cryptocurrency as a digital replacement for gold, and therefore as the perfect means to undermine corrupt government policy and a failing financial sector. And maybe even as the recipe for world ... bitcoin news: The Bitcoin Gospel - VPRO documentary Is bitcoin the blueprint for a bankless currency, or a succesful hype? vpro. VPRO Home; Contact; backlight. Backlight, VPRO‘s weekly, 50-minute, future affairs-program, balances on the edge of storytelling and journalism. It focuses on the questions that arise from our globalized world in which societies, economies and cultures seek a new equilibrium. Backlight aims to grasp the quintessence ...